Espinoza Boot Maker | In the Press 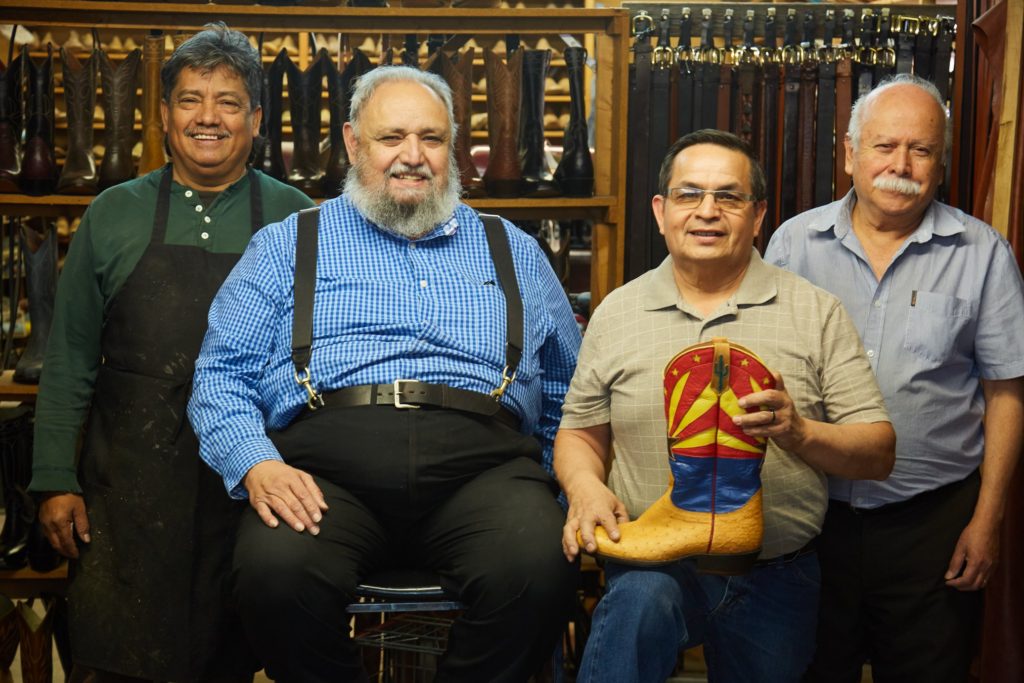 We’re proud to be featured for Arizona in the 10th annual Google Economic Impact Report!

On May 13, 2019, Espinoza Bootmaker announced that it was highlighted in Google’s 10th annual Economic Impact Report – a report that showcases how businesses, publishers and nonprofits across the United States are using Google search and advertising tools to connect with the people and communities they serve. 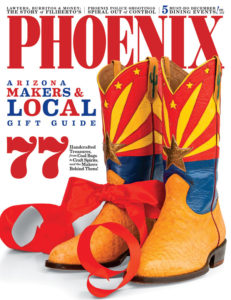 Phoenix resident David Espinoza began learning the art of footwear while in high school more than four decades ago. His store on 16th Street, founded in 1990, is just the place to give your feet a re-boot.

Inside, I’m greeted by an immediate whiff of leather and dye, and a room stocked with fully-built boots. At least 200 pairs of handcrafted cowboy boots of varied colors, skins, textures, cuts and sizes stand floor-to-ceiling atop wooden shelves lining two walls and filling carpeted space in the center of the room. Off to the right, tooled leather belts hang from the ceiling like a curtain. Behind it, I hear the sounds I’ll later see up close during a tour: the whir of vintage Singer sewing machines, the tapping of a hammer to an unfinished heel, some chatter in Spanish by his team of three artisans, boot makers in their own right—each having migrated to the U.S. from different parts of Mexico where they learned their craft.

When the name of the region in which your state is located is a mix between the South and the Old West, cowboy boots are bound to be a given in the attire of the populace. But you’d better believe that just because these boots are worn more for fashion or comfort than assisting in wrangling a herd of cattle, it still matters where they are made. If they are the best of the best, those boots came from Espinoza Boot Maker. David Espinoza channels all 40 years of his experience working with leather into the boots he makes, and each pair is truly a piece of art.

Re-enactors and Old West enthusiasts provide much of his business, but Espinoza makes boots for everyone. He also praises his workers. “Each and every one is an artist,” he says. “I start every pair and finish every pair, and I guide them in between, but they are the true artists.”…“This is becoming something of a lost trade,” Espinoza says. “There are a lot of people who can make boots, but very few of those are artists.”

You can buy your jeans and flannel at Wal-Mart, cowboy, but when it comes to boots, you’d better find the best around. And we’ve found them for you, at David Espinoza’s shop. It will take months, and it’ll cost you almost $500, but you’ll walk out of Espinoza Boot Maker with a pair of boots custom fit to your feet, with a one- or two-inch heel and the same attention to detail that the bootmakers of the 19th century turned to their craft. We know some picky cowpokes, and they say Espinoza is the place to go.

…the fashion frenzy passes by shops like Boot Maker Espinoza, where real bootmakers work through changes in fashion and society. Stitch by stitch and sole by sole, the store’s three bootmakers have kept alive a tradition with deep roots in Mexico, where some of the world’s best bootmakers are trained. The craft takes years to learn and is passed down by taskmasters, often fathers, to sons. 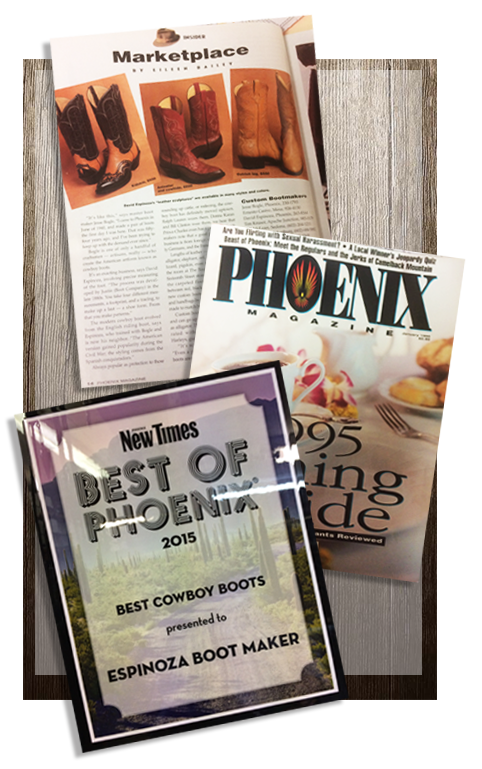 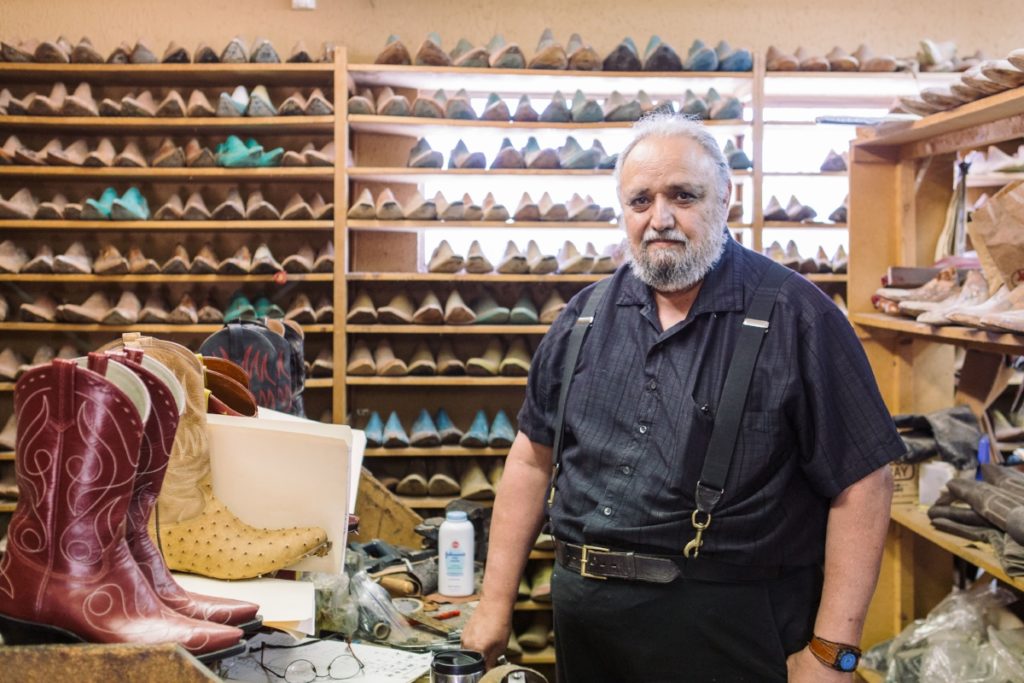 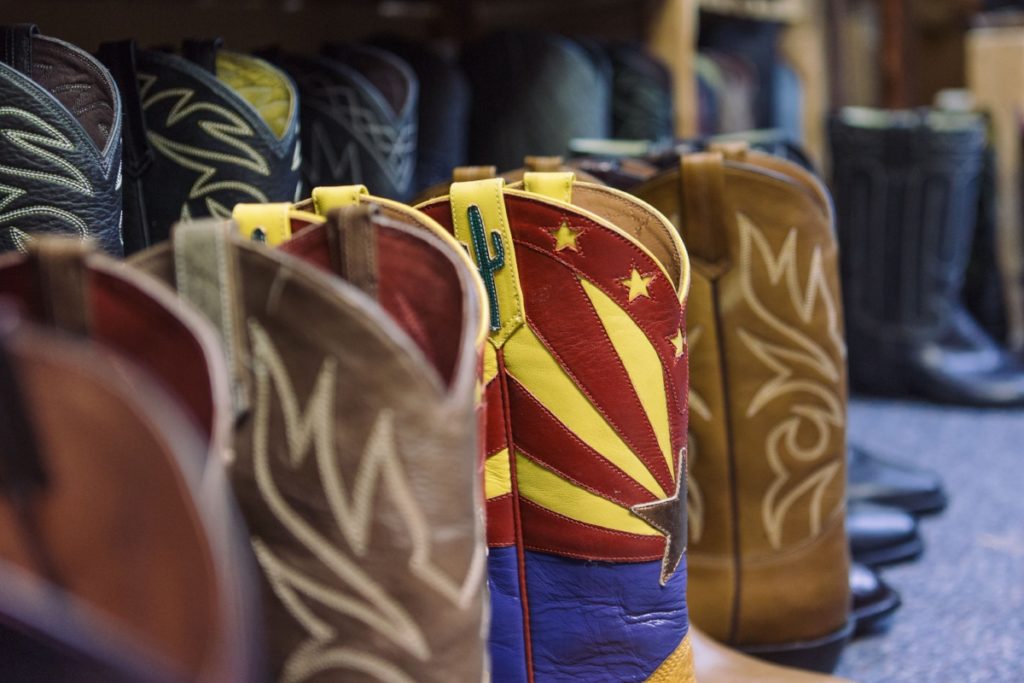